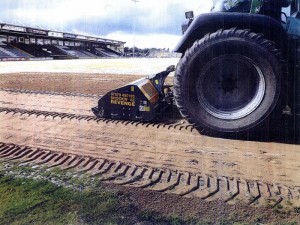 Yeovil Town Football Club commissioned a local contractor to undertake the upgrade of the stadium and training pitch.

This end of season contract incorporated over-seeding and dressing the pitch with sand.

The project was delayed and rain was prevalent.  As a sports pitch that had accumulated a high infestation of shallow rooting annual meadow grass, there was a need to incorporate a means of reducing this population and introducing the preferred deep rooting ryegrass.

The failure arose out of the heavy sand dressing that was applied in very wet conditions without reducing the meadow grass density – thereafter over-seeding was completed in a dense spread of sand.

The resulting poor germination made it necessary to re-seed – but the shallow root-mat that developed was prone to heavy divoting and warranted much extra hand work.

This weak surface growth supported play for the rest of the season with intensive attention – but necessitated  an increased renovation programme at the end of the season.

The dispute that arose was not settled after mediation and the case went to court.

In defending the club, evidence was presented that contributed to successful settlement to the benefit of the club. 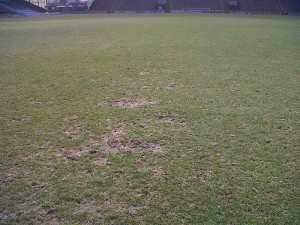 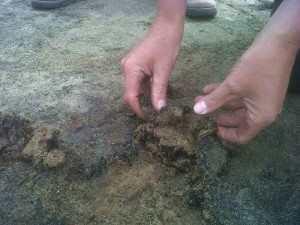 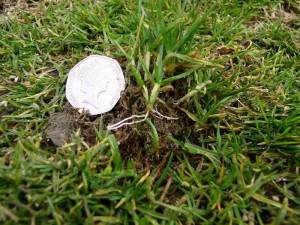