Failure in construction of 8 new pitches 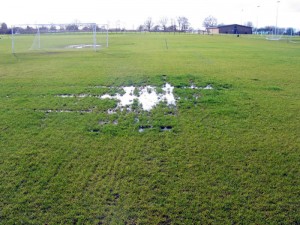 The Cheshire East Borough Council entered into a contract with a construction company for the development of an entire new football complex for Sandbach United Football Club. In addition to structural developments and the construction of a synthetic grassed pitch, the project incorporated the establishment of eight grassed pitches.

After the official opening in May 2012 the lack of effective drainage resulted in most of the pitches becoming un-playable from September to the end of the season. As a result of the failure an intensive investigation was carried out and is summarised as follows: 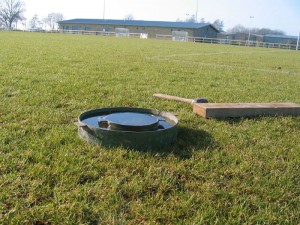 Following the initial investigation it became apparent that further detailed assessment was needed. 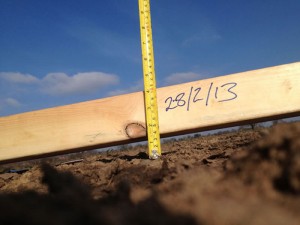 Prolonged discussion is underway to settle the dispute and initiate the remedial course of action.