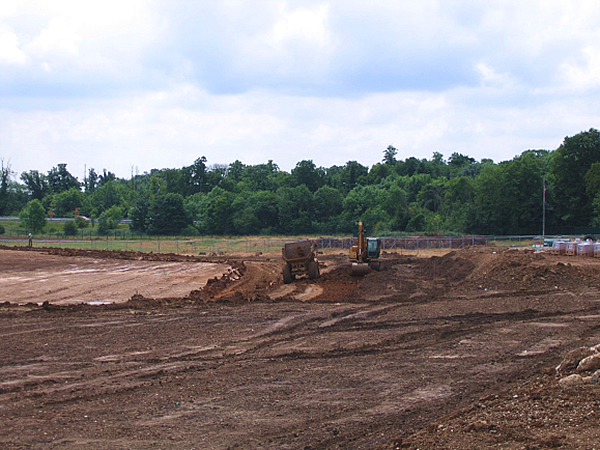 The school moved to a new site in Cheshunt towards the end of 2010. The site was open farmland and the sports complex was to have two rugby pitches on either side of a cricket square. In addition, there was to be a hockey pitch incorporating an athletic track – and two further junior pitches.

The design of the sports pitch layout commenced in 2007. Two plateaus were to be created both requiring cut to fill earthworks with adequate drainage provisions. The main contractor responsible for the entire development was Shepherd Construction Ltd and after preparing tender documents MJ Abbott were awarded the sports pitch contract. Construction commenced in May 2009 .

After site clearance, an estimated 20000m³ of fill material excavated from the building site had to be imported in the creation of the two plateaus. Topsoil had to be stripped from 4.7 ha and in addition to the imported fill material the cut to fill volume was 14250m³. As the stone content in the topsoil was excessive it had to be screened on site. A primary drainage installation incorporated collector drains and lateral drains at 5m spacing. In order to avoid a further delay with secondary slit drains installed in the following year, MJ Abbott employed their proto-type slit drain equipment into the seedbed prior to seeding. The installing of narrow close-spaced slit drains the following year overcame contamination in the surface layers and grass cover was quick to re-establish.

After completion of the topographical survey a soil study was undertaken excavating trial pits over representative areas within the entire site. Surface drainage was a main concern – especially with the large area under roof of the new school buildings. The extent of the plateaus to be established had to be evaluated and the programme developed for the opening of the school in the autumn of 2010.

In keeping with the design and the indefinite quantity of fill material to be imported, there was an on-going assessment of the final levels and proposed gradients in order to create a balance of cut and fill material. The weather was a continuous concern during the earthworks programme and planning was geared to autumn seeding before the rains set in. The cricket square was slow to establish and remedial work had to be done in the year following the opening of the school. 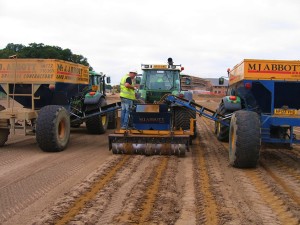 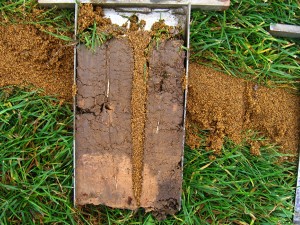 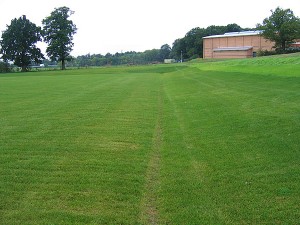 View all posts by Gordon Jaaback →

A vital dimension to summer maintenance
Irrigating grass in May